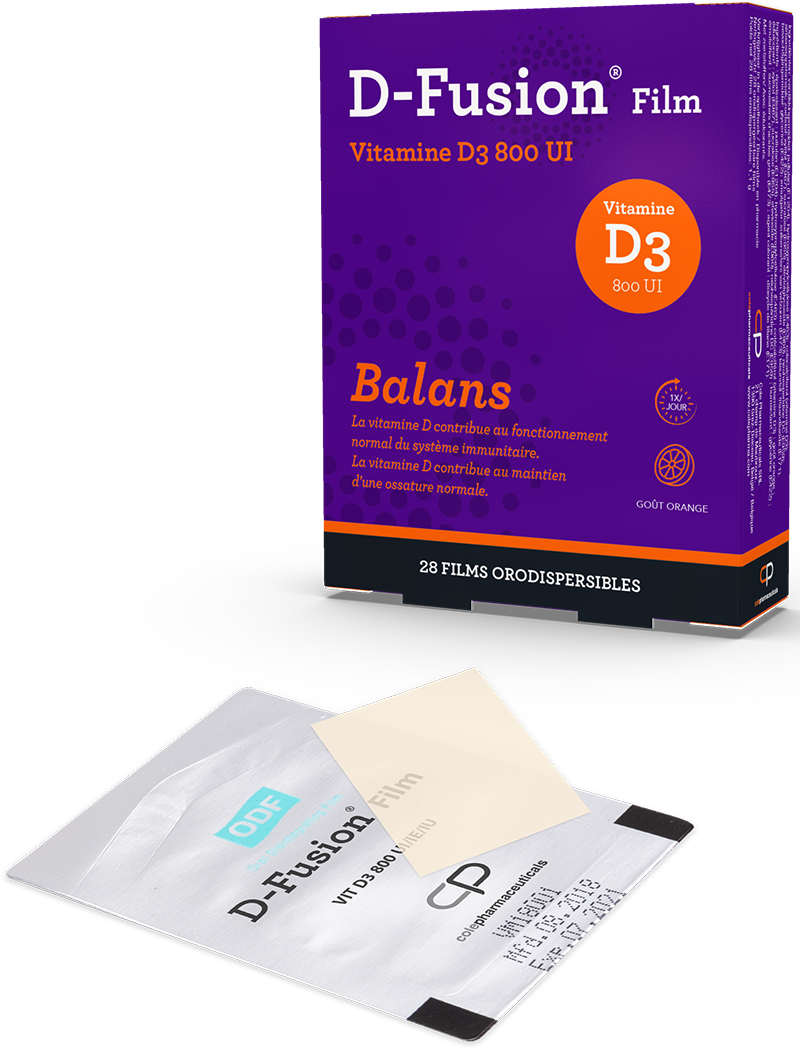 RECOMMENDED USE
Recommended dose: 1 film per day.
Always take this dietary supplement following the instructions in this leaflet.

D-Fusion® Film is a dietary supplement and cannot replace a varied and balanced diet or a healthy lifestyle.
D-Fusion® Film has been developed to compensate the vitamin D3 deficiency or to meet the increased need for this vitamin.
The oral route is problematic because of the swallowing difficulty for many patients, particularly for pediatric and geriatric patients who have fear of choking. Patient convenience and compliance-oriented research has resulted in bringing out D-Fusion® Film.
D-Fusion® Film is easy to take for all and particularly suitable for patients suffering from dysphagia.

D-Fusion® Film are particularly important when there is an increased need for vitamin D3 or when the body synthesis of this vitamin is reduced, in particular:

D-Fusion® Film comes in the form of a film (film or stamp to be placed on the tongue). The great advantage is that it can be administered without water: you can let the film melt on the tongue.
This is the most effective way to achieve excellent absorption in all circumstances, even in people with absorption problems, for example after gastric or intestinal surgery. Its taste is well accepted by everyone. D-Fusion® Film is also perfectly adapted to the elderly, bedridden or chronically ill patients and dysphagic people, i.e. people who have difficulty swallowing tablets or capsules 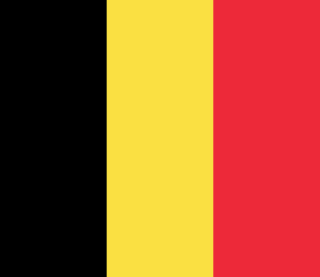